A Must for Our Holiday Shelf

Charles Dickens' A CHRISTMAS CAROL is a holiday staple and one that I look forward to sharing with my family. This year, I found the Penguin Chalk edition and I need to have it on our bookshelf.

The Puffin Chalk editions have colorful chalk designs on the covers of select books in the Penguin Classics line. I absolutely adore the one for the venerable holiday tale: 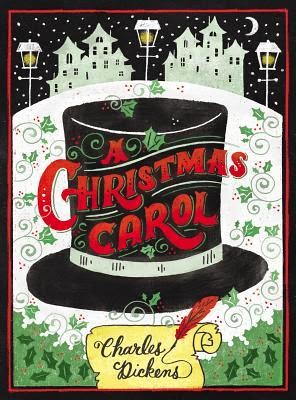 This edition also has a mini biography of the author, a cast of characters list, Victorian Christmas traditions, and a glossary.

Getting it on the shelf so it's ready for our family read-a-long this December.

Available at Amazon | B&N | Powell's | BAM | Indiebound
at 11:51 AM No comments: Links to this post
Email ThisBlogThis!Share to TwitterShare to FacebookShare to Pinterest

ALL IN: Back to Sin City with Amanda Carlson 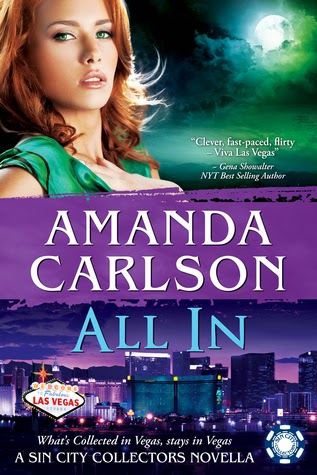 ALL IN by Amanda Carlson is the latest novella in the Sin City Collectors series.

This book stars Ginger, a succubus who is also the head of a supernatural spy ring, and Luke, the werewolf younger brother of Diesel, the lead from ANTE UP. When we start our story, Ginger and Luke have been tracking Ginger's brother, Damien, who is a member of a incubi cult, the Sumerians. Both leads carry a lot of emotional baggage. Ginger loathes that she has to feed off the emotions of others, and has been slowly starving herself. Luke's father was killed by an incubus and he's not completely sure if the feelings he has for Ginger are real or a result of her powers of persuasion.

This story is less action-packed than previous Sin City novellas, but it does open up the world more. Damian's is a piece of work, and the threat of The Sumerians and the extent of their crimes are coming to light. I can see lots of issues for future books to solve.

I liked both characters. As we get to them a month into their time working together, I did feel that we missed some of the banter that got Luke over his prejudice against succubi and Ginger her fear of commitment. We get to meet a new character, Raoul, and I'm very much looking forward to his story.

The pace was right, and since it's a short novel, the angst over whether or not they should be in a relationship doesn't go on too long. We also get to see a different supernatural power in the succubi.

Still really liking this series. A perfect pick me up when I need a quick read. Looking forward to more.

[received a review copy]
at 9:36 AM No comments: Links to this post
Email ThisBlogThis!Share to TwitterShare to FacebookShare to Pinterest
Newer Posts Older Posts Home
Subscribe to: Posts (Atom)