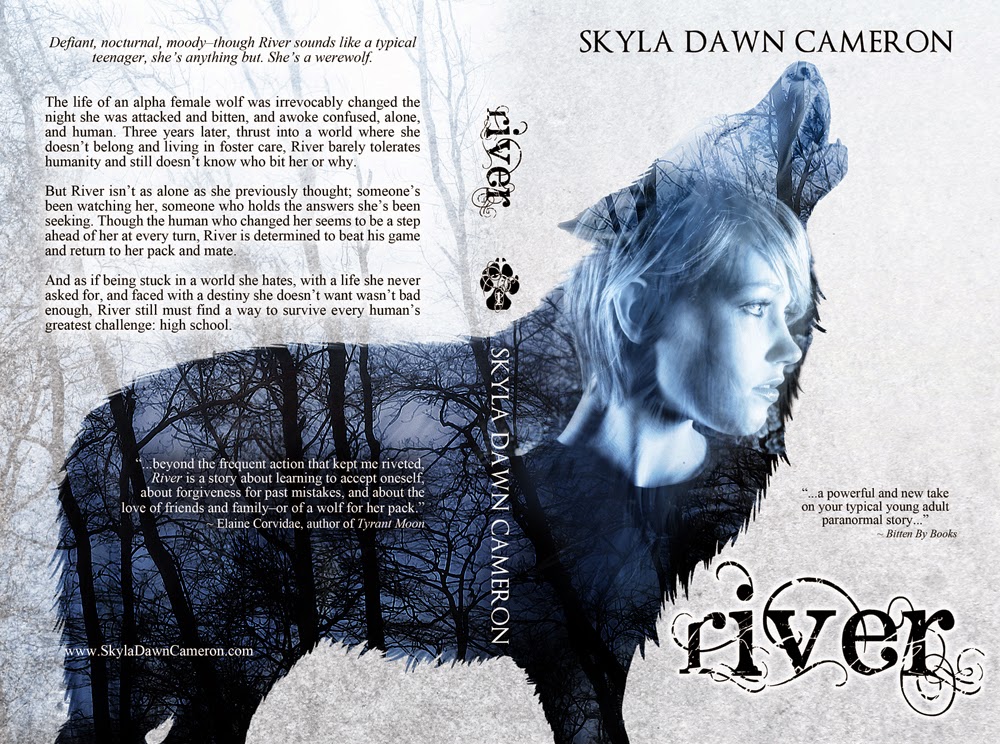 Today, Skyla Dawn Cameron is here as part of the RIVER blog tour. I loved her UF vamp story BLOODLINES. RIVER is an older young adult werewolf tale that has an very cool twist.

The blurbage: "Description: Defiant, nocturnal, moody–though River sounds like a typical teenager, she’s anything but. She’s a werewolf.
The life of an alpha female wolf was irrevocably changed the night she was attacked and bitten, and awoke confused, alone, and human. Three years later, thrust into a world where she doesn’t belong and living in foster care, River barely tolerates humanity and still doesn’t know who bit her or why.

But River isn’t as alone as she previously thought; someone’s been watching her, someone who holds the answers she’s been seeking. Though the human who changed her seems to be a step ahead of her at every turn, River is determined to beat his game and return to her pack and mate.

And as if being stuck in a world she hates, with a life she never asked for, and faced with a destiny she doesn’t want wasn’t bad enough, River still must find a way to survive every human’s greatest challenge: high school."

Oooh, werewolf tale where the wolf is cursed to have to live as a human? I'm in.

I asked Skyla to talk about one of her favorite werewolf stories. Be sure to check out the GIVEAWAY too! 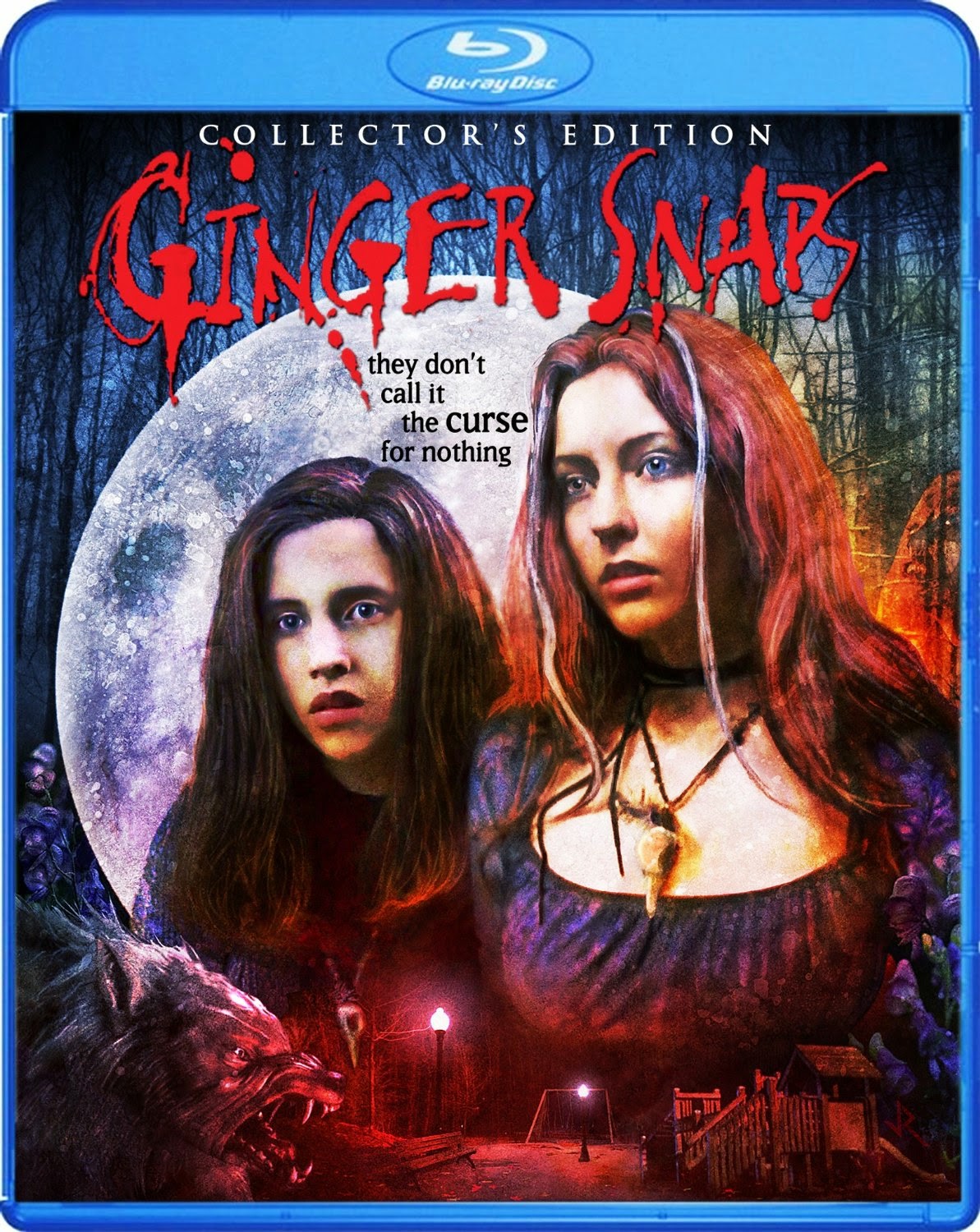 You’ll notice the big prize in the River giveaway is a DVD/Blu-Ray combo Collector Edition of the film Ginger Snaps.

It’s an indie Canadian horror film from 2000, with a stellar cast and a smart script that twists a lot of typical werewolf tropes into something that’s darkly funny, horrific, and ripe for conversation.

Lycanthropy as a metaphor for losing control isn’t new—it’s explored repeatedly in films and literature, usually centered around a male protagonist. But when else do we feel less in control than during puberty? Right off the bat, Ginger Snaps tackles the metaphor head on, with two sisters as protagonists who are three years behind getting their periods and the night one of them surfs her first crimson wave, she is bitten by a werewolf. Talk about cursed.


The transformation, of course, follows a twenty-eight day lunar cycle, as the bitten sister Ginger grows more and more bold, irritable, violent, and...furry. This leaves her sister Brigitte to battling to save her.

Horror as a genre—one I love—is unfortunately one often seeped in misogyny, which is refreshingly not present in this film. The story is firmly placed on the shoulders of two sisters, their friendship, the strain of growing up and changing, and the promises they’ve made to each other all being given thought and weight. Female bonds are important, the film reaffirms, even if they’re fraught with problems. T&A is in the form of a tail and...um...well, picture a female animal’s torso, and you get the idea. And also? Practice safe sex. Viruses get passed when you don’t, even lycanthropy. And none of this sacrifices the psychological horror present in the movie or truly tense final showdown between a werewolf and the human sister trying to save her.

There have been some lengthy essays written on the movie, much more detailed and academic than my quick review here, but it all boils down to: horror fans tired of the usual clichés and sexualized violence against women, you need to check this film out. (Bonus: any Orphan Black fans? You need to see Ginger Snaps II: Unleashed for a young Tatiana Maslany.)

So what’s your favourite werewolf movie?

Now on to the GIVEAWAY. (ONLY for US & Canada (due to the movie being Blu-Ray and the regions of Blu-Ray's and shipping costs over seas). The prizes are listed below. Use the Rafflecopter to enter. Thanks, Skyla!

You can read the first seven chapters of RIVER now at: http://skyladawncameron.com/river/