What's in a name?

To be honest, it was mostly laziness that prevented the change before. However, as time went on, the old moniker that I originally used on Amazon and just carried over to the rest of the internet made me sound more like a pro-Amazon blogger than what I am, a book lover who doesn't care where you buy your books, so long as you are reading. 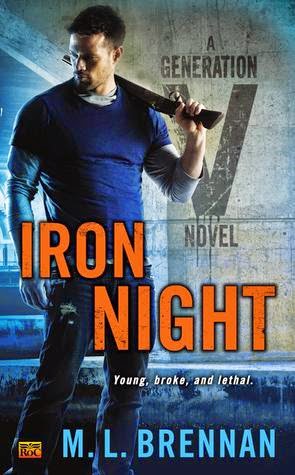 M.L. Brennan's Generation V series quickly made my auto-buy list. I adored the magnificently eff'd up the whole world and mythology, as well as the unconventional hero who has shown fantastic character growth through the first two books.

Over at Stellar Four, I did an interview with Brennan and got to talk about all of my favorite parts from the books, but in going over the ol' review backlog, I see that I never actually wrote a review for this one, so fixing that now.

Note: As always, I'll try to avoid spoilers, but this is book 2, so some spoilers for book 1 are inevitable.

At the start of book 2, Fort has made some changes in his life. He has been working out with Chivalry and has started helping his older brother with some of his duties. He's also getting a crash course in the supernatural, a world that he tried to escape for most of his life. All the while, he is still trying to hang on to his humanity.

Then he finds his roommate murdered, and Fort is back in the shit again. Luckily, he still has Suze, his kitsune friend who delights in antagonizing him, but is also there to kick ass. Adding to his problems, he has to work with his older sister, Prudence. Fort is convinced she hates him, and she is responsible for the most traumatic event in his childhood. Theirs is a complicated relationship, though, and their interaction was my absolute favorite part of the book. The last part of the book, just damn.

Excellent action, character and relationship progression, and a wholly interesting world, if you haven't jumped into this UF series yet, I suggest you give it a try.

A couple of weeks ago I reviewed ACES WILD, book 1 in the Sin City Collectors series.

Today, I've got the cover for ANTE UP, Amanda Carlson's second book in this series of paranormal romance novellas.

The blurbage: "Diesel Jones is a shifter who has issues with the moon, but he quickly finds that Sofia Cabrera, a clever witch who just moved in to town, is his only hope to reach his goal of becoming a Collector. When they pair up to take down an incubus, she not only saves his life, but wins his heart in the process…" 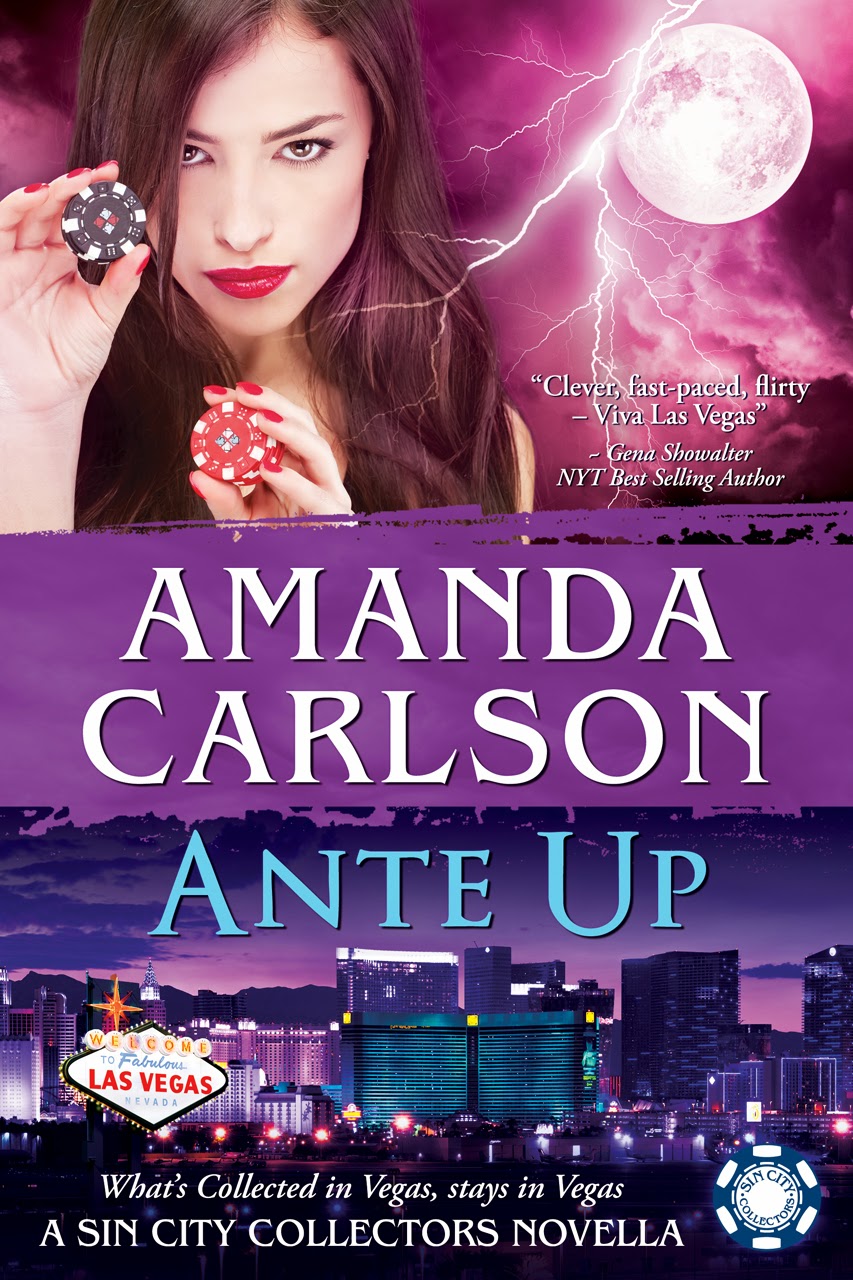 I really love how all of these covers fit together. The colors pop and I love that the models are diverse.

Let's see them side by side:

So very pretty! Can't wait to read more in this series.

Amanda has a giveaway for 5 copies of ACES WILD. Use the Rafflecopter below to enter: 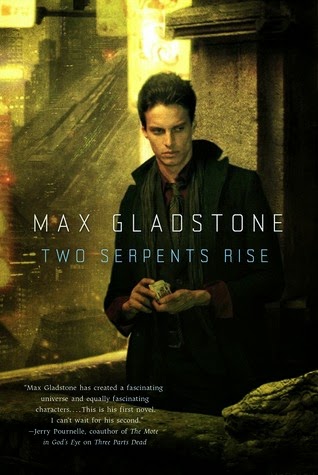 When I read book 1, Three Parts Dead, I got a story that completely blew apart my expectations. So, when it came to book 2, I was a little more prepared for the world that awaited me. I still was surprised and enchanted by not only how different this series is, but how much it completely works for me.

Take your everyday corporate structure - contract law, risk management, acquisitions, and chuck it into a maelstrom of a world where gods and human mages battled, and the humans won. It is a world still in recovery and still out of balance.

Caleb Altemoc is a risk manager for one of the Deathless Kings, a very powerful mage who slew gods in the war and is now head of a ginormous corporation. He is called in when demons are found in the water supply. His search for answers brings him into contact with the crafty cliff runner Mal and points fingers at his father, one of the last of the gods warriors and a known terrorist. Personal and professional tumble together as danger rises.

I enjoyed the characters and the relationships. It gives a different view of the world than the one we see in book 1 and expands on more of the issues affecting this world out of balance. In no way was life perfect under the old gods. However, it's not perfect under the mages either. There is a lot of room for growth or further despair.

I'm really looking forward to where Gladstone takes us in the next book.
at 8:10 PM 2 comments: Links to this post
Email ThisBlogThis!Share to TwitterShare to FacebookShare to Pinterest 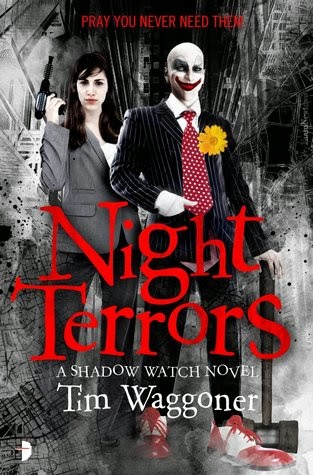 Absolutely loved the world, with dreams and nightmares made real, a Shadow-y (Shadow Watch) enforcement bureau made of creators (Ideators) and their nightmare creations (Incubi). Visiting Nod was one of my favorite things in this book. When you are dealing with the creatures of dreams and nightmares, there is really no limit.

Audra is paired with Jinx, a homicidal clown. She kind of loves her job, but isn't 100% happy with working and living with her greatest nightmare. I can relate. I have a deep fear of clowns (thank you Tim Curry and your phenomenal Pennywise performance) and I don't know that I'd want to deal with Jinx 24/7 either.

At the same time, if you are going up against nightmare creations, having a killer clown on your side might not be a bad thing.

Jinx is a force to be reckoned with and I really liked seeing both sides of his personality, his day and his night aspects.

Audra and Jinx uncover a plot that threatens the dream world and the real world, find new friends, old enemies, and in general bring forth mayhem at every turn.

I could relate to Audra. She has issues to work through with her job and with her past. Things are not all resolved, of course, so I'm looking forward to what happens in future books.

This is very much a set the stage book. It did feel in parts that we zipped through areas where we could have spent more time developing characters, relationships and setting, but it wasn't enough to put me off. I still got a really good taste of the world and its denizens.

One thing this book is not is a romancing the clown book. Audra created Jinx, so while they don't really have a mother-child bond, it is close enough that any romance thoughts would be icky. There is a potential love interest but there really isn't time for that in this very quick-moving tale.

I found myself rooting for a freaking clown. And I want to go back.

[received a review copy]
at 9:05 AM No comments: Links to this post
Email ThisBlogThis!Share to TwitterShare to FacebookShare to Pinterest 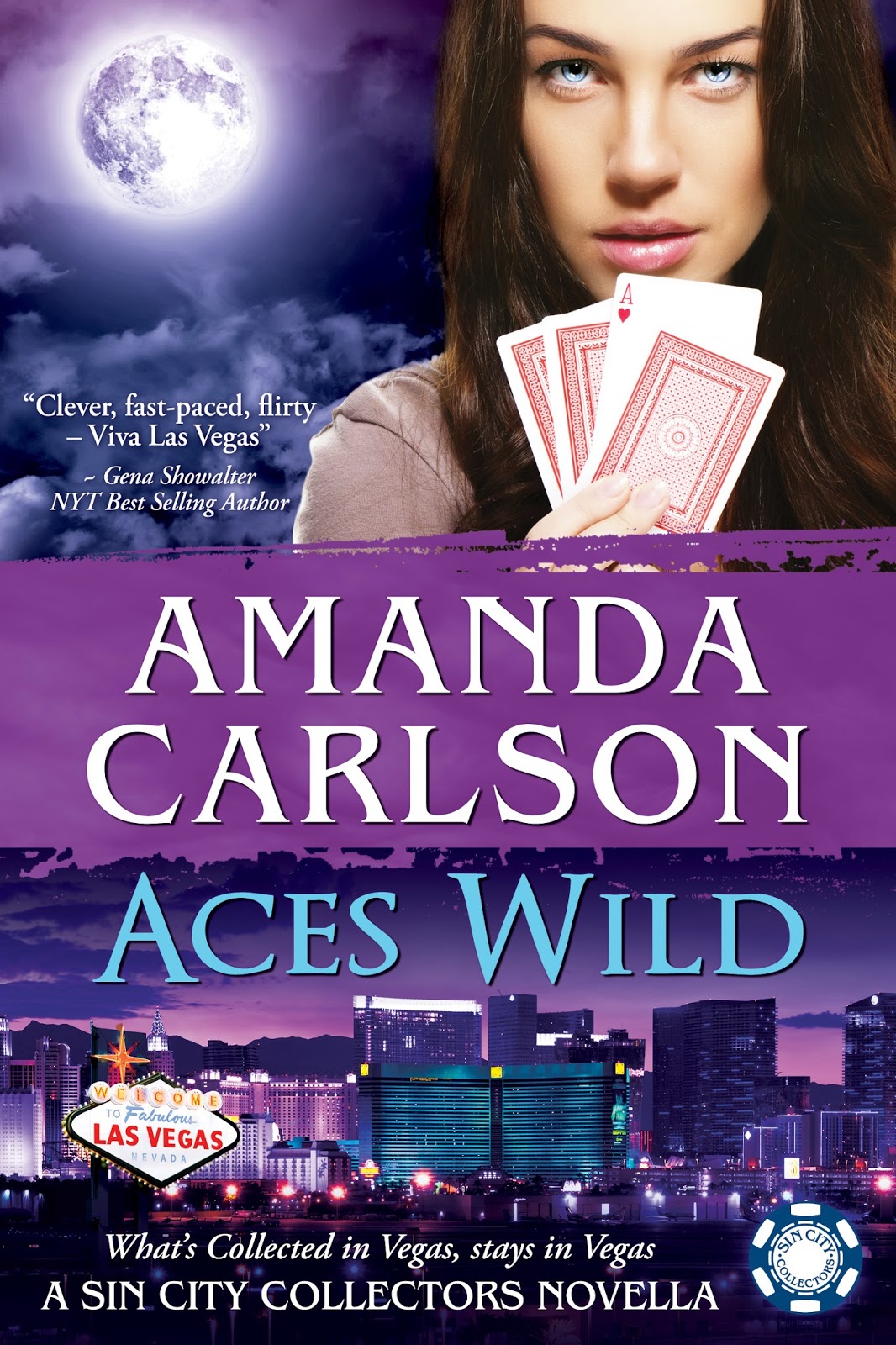 Today I have a review of the first in a new, multi-author PNR series set in the supernatural side of Vegas. Each one a standalone novella, the Sin City Collectors kicks off with ACES WILD by Amanda Carlson.

The blurbage: "Nevada Hamilton has learned a few things since becoming a Sin City Collector, and staying away from vampires is one of them. After botching her first Collection, the vamp getting away after causing as much damage as possible, she hasn’t been assigned to another one since.

But when she receives her next playing card, she’s in for a surprise. Not only is a vampire her next target, but they’ve paired her up to make sure she gets the job done right. Refusing a Collection is not an option, but when she discovers who she’s working with, making the mission as difficult as possible for her new partner becomes her top priority…

Being a hellhound isn’t enough to protect Jake Troubadour from Nevada Hamilton, no matter how thick his skin is. Finding out he has to work with the beautiful dhampir, after not seeing her for three years, is a low blow—but Jake is a professional. He takes his Collections as seriously as he does running his bar. He’ll do whatever it takes to get the job done, but after that, he’s out. No more chances for the girl who wrecked his bike and scarred his soul so long ago. But even with his heart dead set against it, this hellhound quickly finds he’s not immune to love after all."

Supernatural bounty hunters, magical con artists, killers, and a shadowy enforcement agency with a Boss you don't cross, this is the world our heroes call home. Nevada had a messed up childhood. Not only is she half-vampire, but her mother is an addict and Neve learned fast that she could only rely on herself. Jake is pretty grounded, except when it comes to Neve...

Yep, sparks fly, banter is high, and there is plenty of steam in this Romance. I did like that when certain evidence came to light, that Neve didn't dig in her heels and refuse to see the truth. She still stands her ground and is fiercely independent, and I'm always a fan of that.

It's a novella, so I'm not going to go into a lot of detail on plot points. We get a quick intro to the supernatural community and a bit of the workings of the Collectors. My one drawback was there isn't a lot of room to get to know many side characters, but they are introduced and I'm sure we'll see some of them again. The main story comes to a conclusion, and I liked where the relationship stands at the end. The last section was really sweet.

Yes, Romance fans, you will like Jake very much.

As always with Amanda's books, I had so much fun reading this story. Kickass action combined with interesting characters, and I liked the mythology of this supernatural Vegas. If I was a supe and needed to blend, Sin City would be a good choice.

We've only scratched the surface of the Collectors. There is a lot to explore in this world. I'll be checking out QUEEN OF HEARTS by Kristen Painter in July.

Now on to the GIVEAWAY. Enter using the Rafflecopter below for a chance at a $100 Amazon gift card (US) and Jessica McClain signed book & swag (INT). Thanks for the giveaway, Amanda!
a Rafflecopter giveaway


[received a review copy]
at 12:06 AM No comments: Links to this post
Email ThisBlogThis!Share to TwitterShare to FacebookShare to Pinterest
Newer Posts Older Posts Home
Subscribe to: Posts (Atom)